Soundcheck is all about checking out new sounds. In these exclusive chats with young bands, producers, rappers, singers and musicians, those upcoming artists that deserve the spotlight get a chance to shine.

“Grunge-fringed-new-wave-indie-rock” outfit The Allergens stop for a chat having just released a bonus version of their dense debut LP ‘I’m Sick of My Caring, Sharing Lover and His Endless Foreplay’. Find out about the easiest university courses, modern music politics and why you and your partner are love-Nazis… 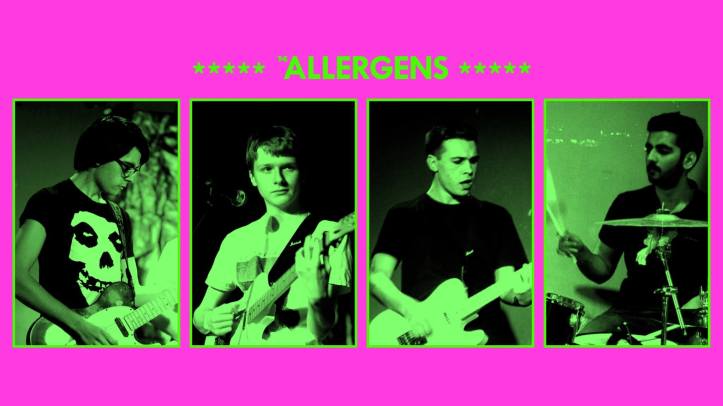 I hope I don’t catch anything… but why ‘The Allergens’?

O: “I had literally no say in naming this band. It’s all Billy’s work. I produced under a solo pseudonym before university called Eustace Walks, which is the name I wanted to use for the band, but Billy was pretty dead-set on The Allergens, so I let him have it. I still put out stuff using that name on a separate Bandcamp and it’s similar to The Allergens songs, but more synthy.”

B: “Before arriving at Exeter, I knew I had to be in a band and that it had to be kickass, and every kickass band needs a kickass name. I still have a list in my notes app of great band names, many of which could rival The Allergens. We ended up with Allergens because it’s got ironic connotations to something that should be avoided and can make you ill, but also it’s just a nice combo of syllables really; it rolls off the tongue.”

It’s good to see that you’re often performing live. Who, (dead or alive), would feature on your dream line-up for ‘The Allergens’ world tour?

B: “I think we’d most like as a group to have been on a Nirvana tour, though I’m not sure they’d have us. Them or Weezer I think, and I’d like to believe Rivers Cuomo would actually have us – our styles are much closer. Franz Liszt’s world tours were the real ones though, he went wild compared to any rock acts we’d care to name.”

O: “Yeah, I’m a big Rivers Cuomo fan. I would love to tour with Weezer – like Billy, I have to admit that that ought not be such an impossible dream. If I could put together top backing for a big tour though? I’d have Johnny Marr on guitars, Vince Clarke adding some analogue keyboard backing (through distortion pedals obviously) and probably Stephen Morris of Joy Division and New Order as a secondary drummer – like how Radiohead have that dual drumming setup. Warm-up, every night, we’d have Charly Bliss. Words cannot describe our love for that band. First chance I get to meet them, I’ll take it.” 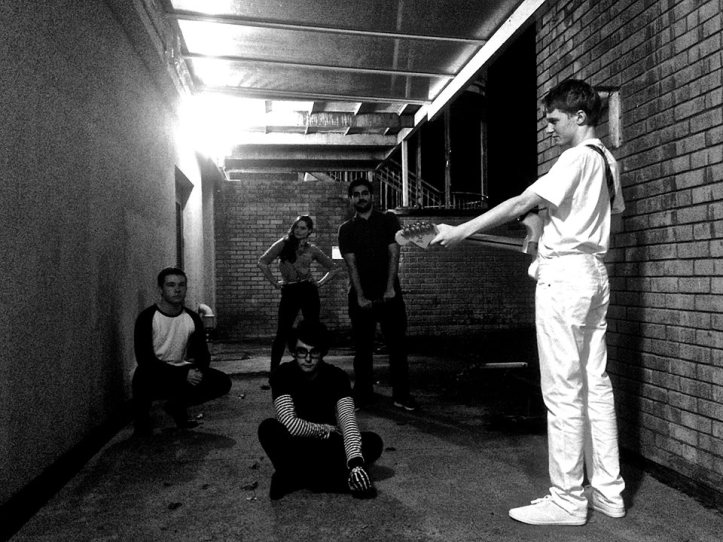 Today musicians, (and anyone with a laptop for that matter), can easily put their tracks out into the now saturated scene. Whilst this gives artists the opportunity to share their sounds, as a talented band, what do you feel about recognition and access in the modern market?

B: “Unfortunately, the saturation of the market is not the main issue when it comes to the ease with which music can be streamed and shared. Since it’s so easy to have a lot of music delivered to your fingers without putting in any effort, people just don’t put the effort in these days, which means that they’ll sooner wait for the next chart hit from Rihanna or Beyonce than take the time to support local artists in the interim between mass-market releases. The sad truth of that market as well is that fifteen minutes doing an amateur DJ mix or crap midi house track is given as much as or more attention than rock ‘n’ roll, where a group of musicians really put in the time and effort to produce something artistically and emotionally rewarding.”

O: “Yeah, what he said. On the other hand though, the internet – much as I hate it – is the reason we’re having this chat with you now. I mean, it’s very easy to get down in the dumps about being ‘born out of time’. Of course, if I could go there now, I’d be in Geoff Travis’ Rough Trade in 1983, thrusting my demo cassettes over the counter and asking where I sign. But then, if it weren’t for the bands that already did that back in 1983, I wouldn’t be making music. In short, yes, it’s shit right now for unsigned bands – but you’re a product of your times first, a victim second.”

What have been the benefits and drawbacks of being a band as well as ‘hardworking students’?

B: “As far as the academic/music balance goes, three quarters of the band have very little trouble with it as English students. However, our drummer does Business, meaning that he’ll be doing exams after the holidays and has much more revision in the summer term. That made it a bit difficult recording the first LP and may postpone our efforts to get new tunes polished in time for the Battle of the Bands in January. The main benefit is that as students, we’re all interested in things – we like exploring new sounds from other artists and in our own music.”

O: “Hardworking… conscientious… yes, about those adjectives… here’s the thing… I’m a student of English and Art History; the upshot of this is that after years of hard grind in school, I’m now floating my way through three years of minimal contact hours and endlessly expansive student debt. So actually, right now, being in a band is the only benefit of being a student. Which doesn’t answer your question so much as mangle it… but then, we’re glad to oblige, frankly. In short: what he said.”

Your single ‘Fascist Love-Song’ is poignant and poetic. Lyrically and musically, what’s the story behind its genesis?

O: “Well, you’re very kind. This sounds like such a pretentious and self-righteous thing to say, but it’s purely factual: I wrote ‘Fascist Love-Song’ in twenty minutes. It poured into my red notebook, on a school night in sixth-form. In fact I have the notebook on my desk here… the entry is dated Wednesday 8th April 2015 and it’s dedicated to a lady whose attention I was then courting *rolls eyes*. It’s more or less unchanged too; the “underdog” line got re-ordered and the tense of “apathy” was changed – otherwise, it’s as is! Which I’m really proud of, because people seem to like it, so to have nailed it in one go is kind of cool.

“Semantically, it’s inspired by this idea that when you’re in love, your love feels more real than everyone else’s; you feel like you’ve discovered some new truth, whereas that’s an illusion as eternal as anything. I thought it might be fun to frame that supremacy of discovery in the context of oppressive, right wing geo-politics and that’s almost certainly come from my A-level history studies from the time – Germany, 1900-45. Occasionally, people actually manage to contrive offence out of this song, but to be fair that’s exactly what they’re doing – contriving. I think the juxtaposition of true love utilised through extreme political dogma is a perfectly innocent concept. You need take only a single look or listen at this band before its obvious that we very rarely mean what we say or do – and when we do, the musical vehicle is treated with the kind of attention that makes our sentimentality obvious. So there *winks*.”

What’s next for The Allergens?

B: “As mentioned, we’ve got Battle of the Bands coming up, which we’re hoping to win this year. Annoyingly for us, they’re including singer/songwriters in the competition this year, which is not only more appealing to a lot of audiences at Exeter these days, but solo performers (as well as not being ‘bands’) just have an easier time of things than groups, because they don’t have to co-ordinate their performances with other musicians, or take specific times each week to rehearse, for example. It’s not a welcome dilution of the pool of competitors for us. We’re also hoping to get back in the studio, a.k.a. Ollie’s bedroom, to get some new material out on Spotify and Bandcamp later in the year.”

O: “Yeah, I won’t give too much away here, but we’ve got something… uhhh… ‘sizeable’ on the horizon. We’re just at the end of a preliminary demoing phase right now and hopefully, by Easter we’ll have a more shapely beast to contend with. Fear not, though – by the end of the year, you’ll have heard back from us… in a loud, loud way.”