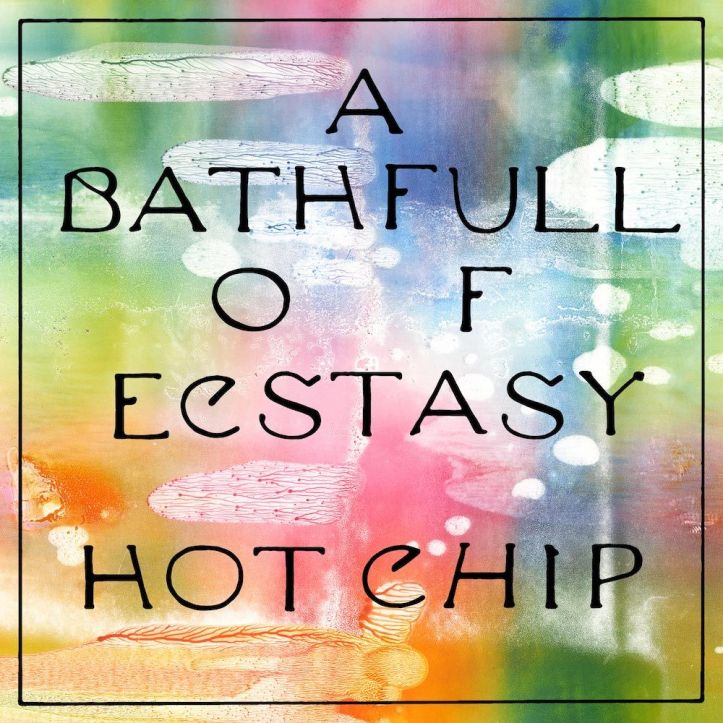 Four years had passed since Hot Chip last released an album, and their fans were starving for more than just warm potato snacks. Stepping onto the stage in luminous shirts, (think Mylo Xyloto era Coldplay), the band were met by thousands of ageing party-goers spilling out over the venue’s barriers.

Joe Goddard’s shirt was decorated with glowing prints of the Cerne Abbas Giant, complete with plenty of crude penises. Frontman Alexis Taylor wore plastic covered trousers, perhaps to defend against the flails of booze and tears from die hard fans. Although the band were all balding, the discrete Palace and Nike TNs showed they were still as close to youth trends as ever. Timeless tunes were to follow.

Kingston’s Pryzm is typically a generic nightclub, but for this night it had been taken over by Hot Chip fanatics for the release of the new album, A Bath Full of Ecstasy. ‘Hungry Child‘ was one of the first tracks released from the project, as well as being one of the first songs performed on the night. The giant ballroom bellowed and boomed, before the iconic bleeps from their famous ‘And I Was A Boy From School‘ grooved out from the speakers. The tune’s tempo was then slowed right down, until being gradually picked up and transformed into a newly announced single ‘Spell‘. It had a vibrant ’80s tinge and lyrics so catchy the audience were experts within seconds. The new and old were blended seamlessly; the band hadn’t aged one bit…

Sadly, Taylor shared the message that DJ and frequent collaborator Philippe Zdar had recently passed away. He had produced ‘Spell‘, and the band dedicated their classic track ‘Ready For The Floor‘ to the man himself. If there had been any dust in the joints of those stood at the back of the crowd, it had now been boogied away. This energy was then passed onto the next song ‘Melody Of Love‘, which despite being a new release, carried the same ethereal nostalgia of their best dance tracks.

Taylor alternated between a clean microphone and one doused in effects, but for their next tune, an explosive cover of Beastie Boy’s 1994 hit ‘Sabotage‘, he used both simultaneously. Spacey synths were exchanged for crunching riffs, before the band exited to listen out for “One more song” chants. They returned, (obviously), to please the crowd with ‘Look At Where We Are‘ and finally the anthemic chords of ‘I Feel Better‘. Despite ‘White Wine and Fried Chicken‘ not getting played, the band sipped white wine throughout the set.

After declaring that “Thank you Kingston” sounds like Toots & The Maytals’ ‘Funky Kingston’, Hot Chip turned their microphone stands to the audience and disappeared. The crowd’s cheers were amplified, filling the venue with joy and praise. It was midnight, and A Bath Full of Ecstasy was officially available everywhere.