Has streaming given Drake ‘More Life’?

Drake no longer means a male duck. Drake means a genre leading rapper turning the hardest men to soft boys, and timid girls to turnt chicks. His latest project More Life is his seventh number one album and has broken copious streaming records. Wait, did I say “album”? This isn’t an album. Drake and his team marketed this as a “playlist”. Perhaps the Spotify results have gone to their heads and now they think they’re the best at making playlists. Why isn’t it an album? Is it worthy of all the hype? Can we now physically buy people’s playlists? Has the future of music consumption been re-coursed again? 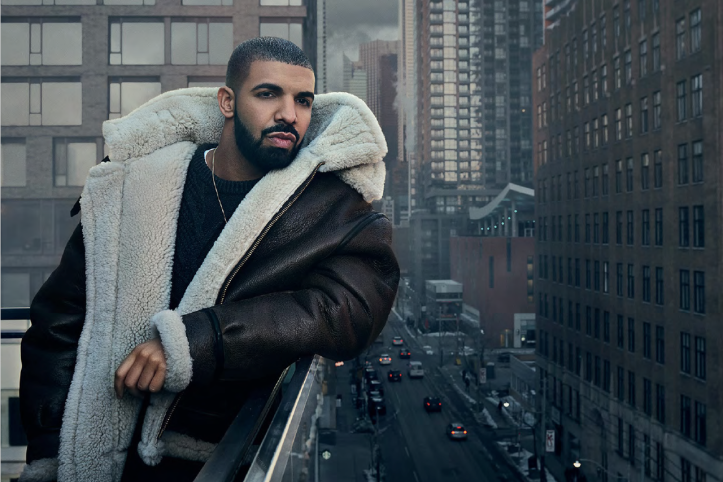 In an interview with DJ Semtex, Drake describes his followup to Views as an “evolution of the mixtape”. The project is evidently a mixtape: a compilation of songs that aren’t particularly ‘album-ready’. Despite his superfluous patois and fanboy-ing of the UK’s grime scene, there is no common theme neatly threaded through the tape that carries the listener through a sonic journey. So is calling it a playlist an excuse for a lacklustre album? He has also compared More Life to one of his OVO Sound radio shows, but with every song being one of his own. That being said, the majority of tracks here lack a dominant presence from the rapper. For instance, the blissful ‘4422’ is a sweet Sampha track but with no writing or production credits going to Drake. He’s a ghost. Is that what makes it a playlist then? Drake pics his top secret tracks and B-sides and bundles them together into a typically moody project that can only be listened to with a furrowed brow on top of Toronto’s CN Tower.

“So is calling it a playlist an excuse for a lacklustre album?”

More Life has broken streaming records on basically all major platforms. Knocking Ed Sheeran’s ÷ from the top spot, in just a day the playlist had 89.9 million streams on Apple Music and 61.3 million on Spotify. Additionally, as the charts now operate off streams and downloads rather than just real sales, More Life topped the Billboard 200 by earning 505,000 album-equivalent units via streaming services. But it is nowhere to be seen on the physical album sales charts. No physical edition of the playlist was made available. CDs of the playlist can now be pre-ordered, but we are now in a world where palpable music is an afterthought. Even downloads have become obsolete and they were what caused the demise of the CD industry in the first place. Kanye can change his released album as he likes and Drake can sell a playlist.

When the project was announced, he described it as “a body of work […] to bridge the gap between major releases”. So if this isn’t a major release, then why has there been such a major reaction? Speaking to Complex, he elaborated to say how he wanted to “[create] a playlist to give you a collection of songs that become the soundtrack to your life”. What a sad life that would be. Amongst roughly mixed tracks, Drake maintains his slurred and melancholy tone as has become staple. His whitewashed dancehall and trap flavoured tunes bring some energy, but with ‘Fake Love’ practically being a ‘Hotline Bling’ mark two, Drake is doing nothing new with More Life – not looking deeper into life or adding anything to it.

A.V. Club have said “More Life is light, often weightless. Despite its playlist tag, it is unmistakably a Drake album – it even has a Blueprint highball closer like each of its predecessors – and as an album, it is probably Drake’s worst. But as a collection of totally atomized songs and ideas, it’s up there with anything he’s released.” There are some catchy hooks and nice sample uses, but it’s just a celebrated amalgamation of Views overspill. Look at Kendrick Lamar’s Untitled Unmastered to see how to do a B-sides tape properly. And that was only eight tracks long, not 22.

As he struggles with the fame he’s reached, Drake comes across as very paranoid again on this playlist. Everyone is fake and worthy of a vague diss. With the tagline “A Playlist by October Firm”, Drake and his team coat themselves in the nocturnal tone associated with the autumn month and Drake’s sombre songs. Nevertheless, this mysterious title alludes to the collaborative element of the project’s production. Due respect is given to the collection’s collective contributors, which is more than can be said for the lack of crediting common to popular music. Perhaps there is something authentic behind his British/Jamaican masquerade.

“It’s only ground-breaking in the sense that it’s bandwagon-building.”

Ultimately, Drake might have started a trend here. Acknowledging the drastic changes in how we consume music is what helps the biggest artists maintain their monopolies. Look at Jay-Z’s Tidal for example. The elitist streaming service thrives by offering exclusive content from those at the forefront of the industry, (AKA Jay-Z’s friends and family). More Life is decent, it may have broken records, but it’ll be forgotten. It’s only ground-breaking in the sense that it’s bandwagon-building. Now more artists might start releasing so called “playlists” to fill the gap between commercial LPs and to stay relevant. What better way to put cash in the bank than to flog your favourite songs and demos. With that in mind, I have some solid playlists on Spotify and a PayPal account. Finally, in the original patois meaning, More Life.