Showcasing the hottest tracks from the last few weeks. Some of your favourites, some of ours.

After a gradual update of social media aesthetics and the scattering of teaser videos,

Scottish rock giants Biffy Clyro dropped a new track ‘Wolves Of Winter’ as a precursor to the release of their new album ‘Ellipsis’ out on 8th July. Just in time for the summer’s festival season, Biffy will be touring with Fall Out Boy but then co-headlining Reading & Leeds festivals with the pop-punkers in August. Starting with an adlib asking “Haha record this?”, we can only be glad that they did. Frontman Simon Neil has stated that  “’Wolves Of Winter’ is about us being wolves on a patch and if you come onto that patch, we’ll tear you limb-from-limb.” This is enforced by thrashing guitar riffs and roars of vocals branding the band’s footprint further into their territory of popular rock music. The new album is set to feature more electronic and experimental elements to its instrumentation, but the band insists that it will still maintain the grit and emotion that fans have followed them 20 years for.

Three years in the making, OFWGKTA and MellowHigh member Domo Genesis has 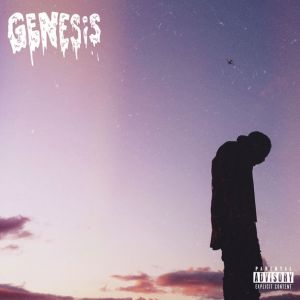 finally dropped his aptly titled début album ‘Genesis’. Its lead single ‘Dapper’ is a track driven by groovy organ chords and a jazzy drum beat most typically associated with the song’s feature Anderson .Paak. Complete with a blissful guitar solo, Domo’s solo work instrumentally steps away from Odd Future’s aggressive alternative hip-hop to play closely to the roots of sampled hip-hop with organic beats. Domo, after sharing the track’s fun music video, stated “Thanks for the love, its been awhile but I’m finally ready to give my honest self.” Through the catchy call and response chorus and playful back and forths between the artists in their verses, we can see Domo Genesis has come out with a lively and cheerful first LP full of character and good vibes.

After touring with many pop-punk veterans, Neck Deep’s Ben Barlow has had even 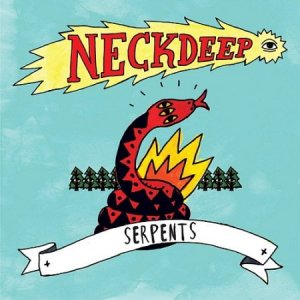 more of an opportunity to be star struck as his greatest influence (Blink 182’s bassist and vocalist Mark Hoppus) has provided remixes for the band’s EP release of their single ‘Serpents’. Neck Deep’s recent album ‘Life’s Not Out To Get You’ has baselines reminiscent of ‘Enigma Of The State’-style-Mark Hoppus, with Barlow admitting that some songs were, in-part, written imagining his hero performing them. His remix of the home-town banger ‘Can’t Kick Up The Roots’ has transformed the song born  in pop-punk paradise into a glistening anthem akin to songs from ex-Blink 182  member Tom DeLonge’s band Angels & Airwaves. Managing to maintain the track’s raucous essence, but decorated with ethereal glory, the touch of the pup-punk god has really been felt. 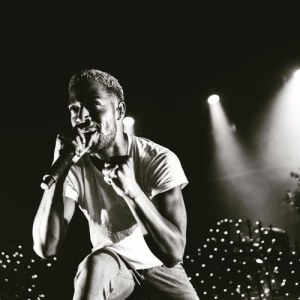 album ‘Speedin Bullet 2 Heaven’, Kid Cudi is back to his familiar smooth sound in new track ‘The Frequency’. Perhaps Cudi is referring to the metaphorical wavelength he imagined when he previously tweeted “We have reached a frequency only the chosen can hear.” Seeing a return of his hazy verses but with a slight auto-tune, the track could have been found anywhere within Kanye West’s ‘808s & Heartbreak’. Are old fans glad to know that their Kid Cudi still exists? Whilst that may have been the song’s purpose, Cudi appears to miss the mark lyrically. Seemingly sedated, the rapper/singer/producer/actor’s goofy wordplay and lazy writing reflects the song’s dozy atmosphere. However, the track signifies Kid Cudi’s preparation for completing his trilogy with ‘Man On The Moon: III’ as he diverts back to his original spacey hip-hop. 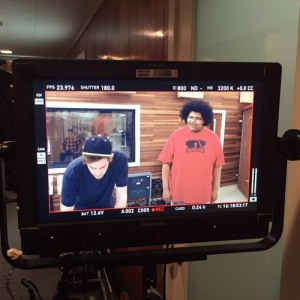 ‘Stronger’ through funding from Honda. Recorded in one take straight onto vinyl, the raw hip-hop track is performed flawlessly as 17 year old  A-F-R-O unbelievably recites raps which are arguably multi-syllable riddles more complex and fast paced than Busta Rhymes’. Whilst NGHTMRE is out of his comfort zone creating a hip-hop instrumental to be played by live musicians, the funky beat and excitable brass solo prove the producer’s diverse chops. Nevertheless, A-F-R-O, who’s music has recently gone viral after winning rap/freestyle competitions which impressed legend R. A. the Rugged Man, steals the show with a flow so intricate and mischievous it could intimidate Eminem.