In recent years, record label High Focus has acquired a devoted cult following and now stands as the archetypal brand for original UK hip-hop. As the label has grown in both fans and signings, artists seem to be constantly working on new projects to prove their place in the esteemed roster. Check out what could be expected for High Focus’ 2016 releases!

set to become canon in the new generation of UK hip-hop. As well as being the first artist to have a track featuring all of the High Focus supergroup The Four Owls, the album also boasts features from Foreign Beggars, Klashnekoff, Dirty Dike, Jam Baxter, Lunar C, Edward Scissortongue & Remus. By bagging an array of esteemed talent on his first album, it is clear that his peers value his ability already. His unique inflections and manic flows will be backed by production entirely from Dirty Dike. Recently, Dike has cemented his name in the field of production with both complexly beautiful beats and frantic tracks more similar in style to grime and gritty hip-hop. It will be interesting to see how Wisdom adapts to slower beats that provoke a more insightful written content in comparison to his previous tracks of wit and impressive cadence. Praised for rapping with an emphasis on high written skill rather than money and fame, Ocean Wisdom is a hard working prodigy to look out for.

From start to finish his previous albums have been colourful journeys riddled with experimental interludes and entrancing pitch-shifts that create vast soundscapes for listeners to immerse themselves in. Despite his début High Focus album with producer Chemo ‘Voices From Planet 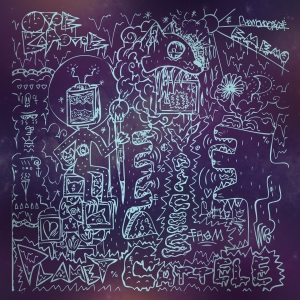 Cattele’ only just passing it’s first birthday, psychedelic rapper Onoe Caponoe has been busy dropping new material all year. Most recently, under his production alias Lord Catpiss, Caponoe put out a mesmerizing instrumental tape entitled ‘Low Tape’ on his new independent label Cosmic Seagull Tapes. Additionally, in forming Skunkheadz with L-Zee Roseli, even more trippy experiences are promised from the London rapper. Having previously worked with UK veteran Jehst and touring with Ocean Wisdom, we can hope that his next official High Focus release will stock features from artists within the family as well as Caponoe’s own substance-induced peers.

But, you can hear him on almost every HF project either through his boom-bap inspired beats or iconic nasal verses. Since putting out a Brothers Of The Stone album with younger brother Illinformed and BVA, Leaf Dog has primarily focused on production and remixes which led to his recent remix album ‘A Lesson In Alchemy’. However, now working on his own record label RLD with rapper BVA, we expect his next projects to be driven partly through that. Yet regardless of Four Owls albums and short features, Leaf’s spitting needs a solid album to follow up the classic ‘From A Scarecrow’s Perspective’. Perhaps this will come as a sequel to Brothers Of The Stone’s début, but a triumphant solo album is definitely overdue. Leaf Dog, who was just on BBC’s Charlie Sloth’s Rap Up, promises more original music this year so keep a ear out.

After ‘Natures Greatest Mystery’ became a staple for every UK hip-hop household, 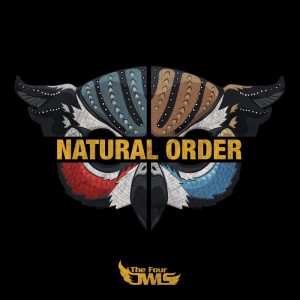 High Focus’ head-honcho Fliptrix, Verb T, BVA and Leaf Dog combined their talents (and talons) to drop ‘Natural Order’. Now, only a year later, the group are preparing to form a trilogy. With the hit ‘Think Twice’ contracting hip-hop royalty DJ Premier, The Four Owls claim that their next album will stock even bigger features as they emerge from the underground to represent UK hip-hop on the international scene. It would be naive to assume that their next LP will be out this year, but it is definitely under construction. Whether it is released in 2017 or even later this year, only one valid prediction can be made: it will be an inspiring album of loyal hip-hop. Though all members are busy with their own projects and the management of their own respective labels, we hope the owls will fly again.

album ‘… so we ate them whole’ in the winter of 2014 but has been collaborating consistently. With two albums in his group Dead Players alongside LDZ veteran Dabbla and producer GhostTown, Baxter’s voice is always heard in the record label’s output. Having been present since HF’s genesis in legendary group Contact Play, Jam Baxter’s gritty verses are especially appreciated by long-term followers. If Baxter’s solo album release dates follow a trend of being every two years, then we should expect an LP from the rapper some time in 2016. As a narrative MC, gruesome imagery riddled with metaphors questioning politics and modern society make Jam Baxter’s contributions typically disturbing, but his emphasis on intricate and provocative writing is what underpins High Focus’s ethos for raw hip-hop.