Bristolian beatmaker Baileys Brown is here to remind you that UK hip-hop is still fresh. His new album drops on Dabbla‘s imprint Potent Funk, certifying the producer’s prestige within the scene. With a tracklist of thirteen heaters and sixteen fire features, all we could do was fan-boy the flames. 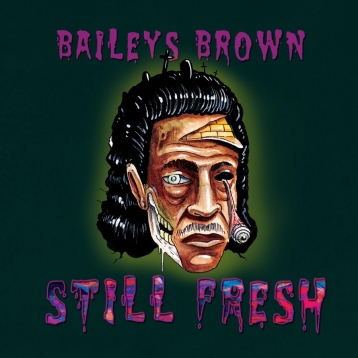 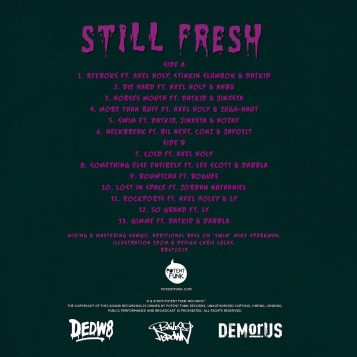 Baileys Brown opens up his LP with a verse from his rap alter-ego Axel Holy, who makes plenty more appearances throughout the project. Talented everywhere from the beats to the bars, Baileys shares the track ‘Reeboks’ with two of the hottest names in the current climate: Stinkin Slumrok and Datkid. Following Datkid‘s dope debut album on High Focus, Confessions of a Crudlord, his sharp spitting flows and hard hitting blows are welcome on multiple verses across Still Fresh.

One of those collaborations is their pounding single ‘Gimme’, which also features label boss Dabbla. Sumgii is set to release an official remix of the tune, featuring the winner of Trench Magazine and Brapp‘s recent MC competition. Each song on Still Fresh is as shameless and as skillful as the next. From grimy tracks like ‘Neckbreak (Ft. Bil Next, Conz & Jay0117)’, to the melodic ‘Lost In Space (Ft. Jordan Nathaniel)’, Baileys Brown always brings the goods.

The album drops today (26.07.19), along with a ‘short film’ for the stand-out single ‘Something Else Entirely (Ft. Lee Scott & Dabbla)’. Each rapper proves their pen-game prowess over Baileys’ haunting instrumental. The video is produced by This and That Media, who are responsible for some of the trippiest visuals in UKHH. Although Still Fresh boasts stacks of sick features, it’s all about the eerie and clattering production. Be it the warped vocal sample from Danny Brown‘s ‘Grown Up’ on ‘Rockports’, or the gruesome screams on the downtempo ‘Bouwtchu (Ft. Bogues)’, every element is a dripping nugget in Baileys’ sound-soup.

Potent Funk have also announced a huge launch party for the album’s drop, which will see heaps of label-mates and associates shelling it down in Hackney. Still Fresh is available here, in digital, vinyl and cassette. For the real heads, the cassette features two exclusive tracks: ‘Late Nights (Ft. Wish Master & Vard)’, and ‘Let Go (Ft. Black Josh & Jordan Nathaniel)’. Save it on your favourite streaming service, and find out why UK hip-hop is rotten and decaying, in the freshest way.