Showcasing the hottest tracks from the last few weeks. Some of your favourites, some of ours.

The final track lifted off  Larry Fisherman’s second instalment of Run On Sentences acts as an eerie climax to the producer’s artistic beat tape. Fisherman uses the tape itself as a canvas, like Jackson Pollock painting, on

this experimental and textured piece. Here, Larry Fisherman’s voice is added to the track amongst a distorted crashing beat, dripping synth gains and the persistent background of forest bird calls. We are invited into the producer’s psychedelic trip and emerge feeling as positively intoxicated as the artist.

Newly formed rap duo SYN, (Shox The Rebel and Lex), have put out their first track together. This release proves their potential a

s they move into music together after meeting though battle rap league Don’t Flop. Shox’s production takes UK hip-hop straight back to the old-school with nostalgic piano and brass samples. Whilst Lex as a less developed artist fails to bring the same level of technical flow as Shox in his verse, the final verse consists of an interchange of four bars back-and-forth between the duo that truly demonstrates how well the two can operate together.

Hear it here: SYN – The Message

Following his two promising singles Walkin’ and Splittin’ The Racket, High Focus youngster drops a third banger leading up to the release of his highly

anticipated album Chaos ’93. Produced by the esteemed Dirty Dike, this track sees Ocean speak on a more personal topic, rather than the previous show-off tracks which acted as astonishing performances of his distinctive rapping style. His unique inflections and rapid flourishes of rhymes do not fail to impress again on this track, but Wisdom also allows the track time to breathe though it’s hook. Hence, the song feels more polished and shows how the young Brighton-born rapper is more than appropriate for the ever-growing High Focus roster.

Justin Beiber’s number one single has made waves in converting roadmen around the world to Beleibers. It has also been a favourite for artists to cover. Garage singer Craig David’s revival towards the back 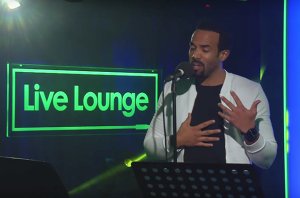 end of 2015 has been met with popular praise, but his BBC Radio 1 Live Lounge cover of Beiber’s original is what epitomises his ability to bring his ’90’s style and success into today’s drastically contrasting era – proving both his relevance and adaptability. This cover completely reworks the track’s tempo and production and if that wasn’t enough, David even turns his tones to an impressive verse of verbal venom that blows the majority of chart rap artists out of their stagnant water.

After creating To Pimp A Butterfly that was regarded on the majority of lists as the best album of 2015, some might think that K Dot would give new music a rest after such a busy few years. But no. In the first

week of 2016 Kendrick shows how he’s going to continue to make groundbreaking music as he débuts a new untitled track live on Jimmy Fallon with the Roots providing a jazzy beat in a similar tone to the previous album. This exciting performance demonstrates how the artist insists to stay at the top of the game with an admirable work ethic and ingenuity.